A Definitive Guide To UK Landfills 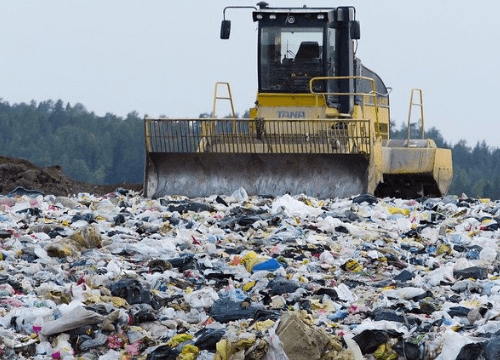 Over 45 million tonnes of waste are sent to landfill in the UK each year. In this article, we answer some popular questions about UK landfills. From what they are and how they affect the environment to what happens when they’re full.

What is a UK landfill site?

If waste cannot be reused or recycled, it usually ends up going to a landfill. There are thousands of landfill sites throughout the world and over 500 in the UK alone. There are generally two types of landfill sites. Some are just as they sound. Taking a hole in the ground, usually formed by quarrying, and filling it with waste.

Alternatively, land raising is dumping waste above ground level. Then filling around it later. Both are carefully designed to keep waste from affecting the surrounding environment. 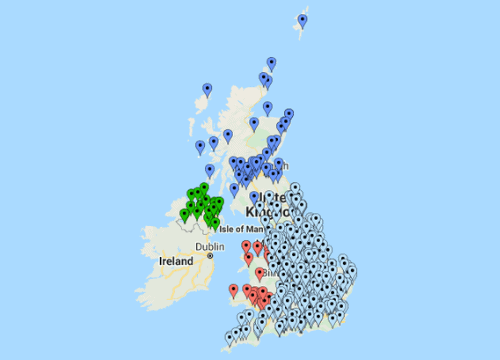 A map depicting the locations of UK landfills.

Why is landfill bad for the environment?

Pre-regulation landfills were used to bury anything and everything. Including hazardous waste. This means there are decades worth of waste already in the ground which is releasing toxic chemicals. But even modern landfills have their downfalls.

As organic matter decomposes, it releases potent greenhouse gasses. Methane is 84x more potent than carbon dioxide and has caused over 25% of global warming. Modern landfills combat this by using methane and turning it into electricity. But this process creates Carbon Dioxide. Which has a weaker global warming effect but doesn’t eliminate the issue. 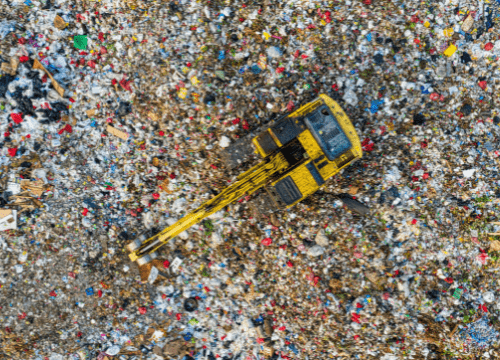 UK landfills can also affect many species in nature. This can be caused through the destruction of their habitats through development. As well as changes to their habitat as vegetation adapts. Landfills can also attract animals that feed on waste, such as rats and crows. Driving away wildlife which was native to the area.

Rainfall on landfill sites can cause highly toxic chemicals to leach into groundwater. The chemicals are produced by dissolving waste. The water collects in the bottom of the landfill and can make its way to rivers and streams. The high biological oxygen demand causes the water to quickly de-oxygenate. This can cause serious problems and death to aquatic life.

Soil quality in areas surrounding landfill sites can be affected through decaying organic material and the mixture of toxic substances. This can have a serious effect on biodiversity, often altering local vegetation or affecting whether or not it grows at all.

Below, we answer 10 popular questions about UK landfill sites.

1. Who is affected by landfills?
Landfills are often very unpopular to the people who live in surrounding areas. The most obvious reasons are smell, traffic and the increased chance of vermin. But having a landfill nearby can also affect house prices and health.

2. Is it safe to live near a landfill?
There is evidence to suggest that living near a landfill can cause respiratory issues. And in some cases, it has been linked to cancer. It is said that one cause is linked to Hydrogen Sulphide in the air.

4. What is an alternative to landfills?
It’s important to reduce waste, reuse and recycle wherever possible. But there are alternatives which could make more sense financially, depending on the local economy. Such as waste-to-energy incineration, anaerobic digestion, composting, mechanical biological treatment, pyrolysis and plasma arc gasification. 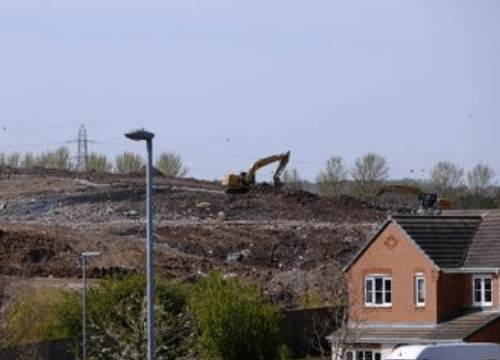 5. What is the difference between a landfill and a sanitary landfill?
Sanitary landfills are lined with clay in an attempt to stop contamination. Layers of soil are used between layers of waste, speeding up decomposition. And the methane is captured and turned into electricity rather than being released into the atmosphere.

6. How long does it take landfills to decompose?
Waste in a landfill can take anywhere between 10 days (banana) and 800 years (Sanitary pads) to decompose. It depends on the waste. Some items, such as tin foil and styrofoam will never decompose.

7. What happens to landfills after they are full?
Depending on the type of landfill, some are turned into gas-to-energy sites. Utilising the gases which are released. Some are turned into solar fields. Others are compressed and used for building. But they can never be reused as landfills.

8. Is it safe to build houses on landfill sites?
The short answer is yes. There are already houses built on ex-landfill sites. However, the land isn’t treated the same as it would be during regular development. The sites have engineering challenges and are very tightly regulated.

9. Where should landfills be located?
Landfills are often located in old quarries and can be used as land reclamation schemes. But there is evidence to suggest that living within 5km of a landfill can have health effects. Whilst lowering house prices by up to 7%.

10. Where should I recycle my waste?
There are several York recycling centres. But if you’d like your waste taken for recycling without the hassle, York Recycling offers a hands-free service.

You can get an instant online quote and book now. We’ll be there within 24 to 48 hours. Taking care of anything from a small number of refuse sacks to full clearances. 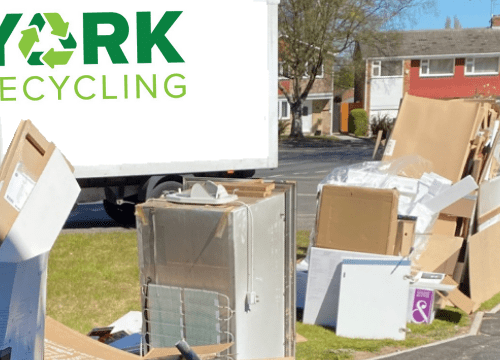